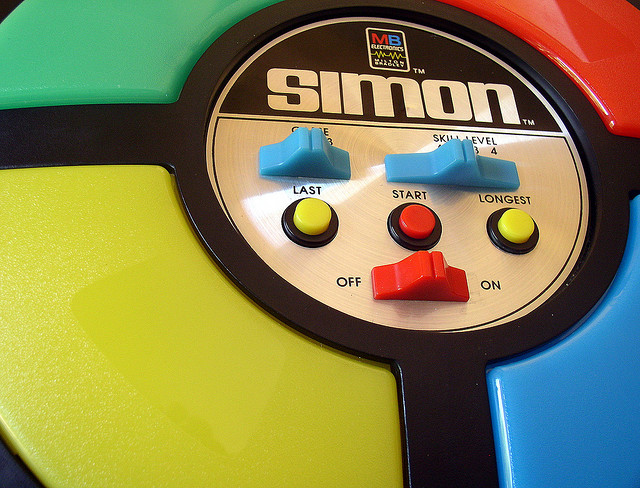 This game can be easily adapted to suit even the smallest children. Games at this age should be simple, fast and use words from the world around them that they are beginning to recognize.

Start by saying you are going to play a game, and that they need to do as you say. Use simple tasks and language at first like “hands on head”.

Little ones love the repetition in this game and get very excited waiting for you to say it again. Don’t be surprised if you never move past the first instruction as they enjoy practising a new skill over and over again!

You can try other commands, such as “Simon says stand on one leg,” “Simon says clap your hands”. Do some funny ones, too, like “Simon says blow raspberries”.

When your little one gets older you can try to catch him out by saying “Touch your toes,” omitting “Simon says”. Without the magic words he mustn’t follow the instruction.